Is running shoe choice simpler than we think? 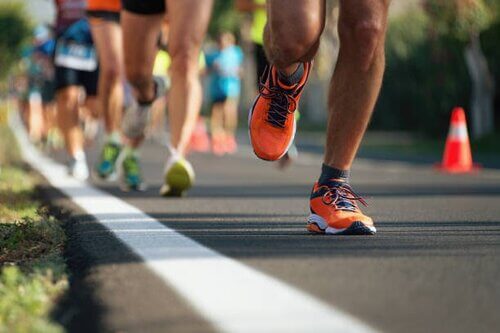 Is running shoe choice simpler than we think?

Have you ever wondered which running shoe is best for you? Common recommendations vary from controlling pronation, specific heel-toe ratios, or cushioning (minimal to maximal). New evidence suggests a shift away from traditional advice regarding arch support and proper cushioning towards an individual’s “preferred movement path.” While the current evidence suggests the majority of running injuries can be attributed to training errors (such as an abrupt increase in intensity or mileage), the footwear we choose plays a role in keeping us healthy.

Over the past several decades, the trend in shoe advice geared towards the running community has been founded strongly in controlling pronation. If not centered on arch support, the conversation has shifted towards shock absorption and sufficient cushioning. Or, on the opposite end of the spectrum, the biomechanical benefits of minimalist shoes. Lately, major shoe companies have touted the injury-prevention qualities of hyper-cushioned footwear. Despite the popularity of these recommendations, the incidence of running injuries has not changed in the last several decades. Contrary to popular belief, there is not strong evidence to claim a specific shoe style will prevent injury.

From a biomechanical standpoint, certain shoes may be suggested to account for a past or current injury. Heel-to-toe ratios specifically may play a role in decreasing load through certain structures. First, understanding what you are working with is key and your physical therapist can help you determine what is most appropriate.

Shift in the evidence
For the average runner, this diversity of advice is confusing. A 2020 study by Willwacher et al. suggests we simplify the narrative. While a very preliminary study, it solidifies the “first feel” phenomenon supported by Jay Dicharry and serves as a preview for future research.

In the 1980s, Benno Nigg, a biomechanist at the University of Calgary, dubbed the phrase “comfort filter” to guide running shoe choice. Essentially, if a shoe feels comfortable, the foot and ankle complex is moving properly, thus lowering the risk of injury. The concept has not been proven scientifically, but Willwacher et al. attempted to collect objective data to support the theory. These researchers propose the “preferred (habitual) movement path” model, suggesting this guide shoe choice via Nigg’s “comfort filter.” One’s preferred movement path is based on individuality in the dynamic joint movement demanded in running. Theoretically, a shoe that allows the joints to move similarly to this habitual motion path will reduce injury risk.

In the study, reduction in knee cartilage volume (calculated via MRI) served as a surrogate measure of stress taken on by the body during a treadmill run in various shoe models. Each subject’s habitual motion path was represented by repetitive half-squats, designed to mimic the loading phase of the gait cycle. Results of the study indicate the runners who experienced a deviation from their habitual motion path had a greater loss of knee cartilage volume throughout their run. Interestingly, no relationship was noted between shoe style and habitual motion path. Each individual responded differently to each shoe. While intriguing, the study only included 12 subjects secondary to the financial limitations of repetitive MRI use. Furthermore, treadmill running does not demand the same loading forces on the body as over-ground running. These drawbacks suggest several possible avenues for future research.

While this is early research with limitations, there is a path for future studies surrounding individualized motion patterns to better predict the optimal footwear for running. In the meantime, we recommend you stick to what is comfortable.

Let us know how to get in touch with you and we can help you schedule your free discovery call with us.