Nurture vs. Nature in Sports Performance 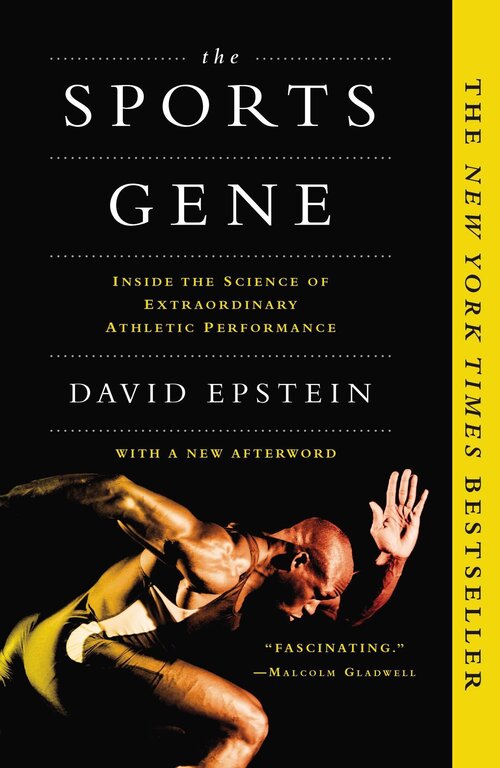 Have you ever wondered if your favorite athlete is elite due to their genetic make-up, or due to the discipline of his/her work ethic and their training method? The “nature versus nature” debate is explored in our most recent book club read, ‘The Sports Gene’, by David Epstein. This book brought up fascinating concepts and research, and dives into the different worlds of elite athletes.

There were many examples brought up where genetic composition and physical attributes played a strong role in one being elite in a specific sport. A research study in 2009 found that children with poor depth perception started to self-select themselves out of little league and softball by 10 years old. Other research demonstrated women with good depth perception improved in softball throughout training, whereas those with poor depth perception did not show improvements. These were prime examples about how genetics influences us athletically, even at a young age!

Only about 5% of American’s are 6’3” or taller, though the average height of an NBA player is 6’7”. 17% of American’s who are 7’0” tall play in the NBA. This is just one example in how powerful specific physical traits can be and how influential they are towards becoming an elite athlete in a particular sport.

What elite athletes have been found to do is extract the most critical information and “chunk” this information into familiar patterns from subtle changes in an opponent’s body movements.

“Thinking is a sign of an amateur in sports.” What they mean by this is,  as an individual practices a particular movement/skill, it gets moved from a more higher area of consciousness (frontal lobe) to a more primitive area, where the movement becomes more automatic in nature. The more automatic the better, as less energy is expended and there is less variability/uncertainty in the movement.

Learned behaviors help predict an athlete’s next move. Major League baseball players were found to have the same reaction times as any other person. However, with practice, baseball players learn to pick up the angle of a pitchers arm and hand, which can help predict where the ball is going. With practice, they have identified patterns and ways to identify what different grips and release points mean.

PAIN: One particularly fascinating section that we enjoyed discussing had to do with pain. As a physical therapy clinic, we see people experiencing pain on a daily basis. And as pain science is a topic we often pursue more education about, there was one particular chapter that we discussed in more detail, as it was something we dealt with every day. Do genetics play a role in pain?

As it turns out, they do! Epstein discusses the COMT gene, which is involved in pain modulation. There are two common versions of this COMT gene, and they can be expressed two different ways.  One of them results in an individual being better at cognitive and memory tasks, but are more sensitive to pain and are more prone to anxiety; the second combination results in individuals who do slightly worse on those cognitive tasks, but may be more resistant to stressors and pain.

In the end, the truth is that nature and nurture interact so intricately. There are different sports and tasks where they interact at different levels, and contribute different proportions. Epstein highlights there is no one-size-fits-all training program. Each individual will respond differently to each program. There are many factors at play, and the more we learn about them and can tap into them, the more we can optimize our performance in athletics and truly understand one’s genetic influence on sports.

Let us know how to get in touch with you and we can help you schedule your free discovery call with us.